DICHRO captures the sense of interactive play with the movement of light to create an immediate and environmental ambience. Methods of layering and altering the film were discovered from experimenting with dichroic and prism filters in a bowl of water. Group discussions led to the final prototype of user-controlled focused lights with the border-paneled acrylic structure. Variations of film are attached to thin frames, which slide into the top and bottom of the structure. A thread of smaller pieces of film is suspended in the middle, as it naturally twirled from the air currents in the room. Providing the structure created a guide to experimentation for users of all ages to fully experience the interactive phenomenon of lights changing their environment.

“Lite.world” by Austin Peete. Inspired by the works of artists such as Paul Myoda, Thomas Wilfred, and James Turrel, the origins of this project prioritize interactions between spaces, people, and light artifacts. This kit encourages users to play with artifacts and light sources in order to discover how their interactions influence the surrounding environment. Reflection, Refraction, and Projection are each primary forms of interaction that occur to facilitate new modes of storytelling for users through play. For this prototype, there is a lack of autonomous continuous motion for the kit’s respective components. There are discrete positions for components placed in the environment, and users can dynamically situate light sources with their hands. However, there is a lot of potential to expand the kinetic relationships between components and light sources with the introduction of moving parts.

“Natural Light” by Nisha Detchprohm.
After a gray and rainy day, rainbows appear to provide a contrast of color in the sky tolighten the mood. This same phenomena occurs when light shines through a glass ofwater at the right angle, making a stripe of rainbow appear on an opposing wall. Thisproject explores that natural phenomena by using sunlight as its intangible and prisms toexplore light diffraction. The simple geometric shapes and mirrored sides created lightwithin shadows, and infinite divisions of light when stacked near one another. Theunpredictability of the length and output angle of the rainbow made it mesmerizing toplay with; however, this made the extension and control of this project difficult. Theoutput of ambient lights and wonder of a simple phenomena are concepts that were keptmoving forward.

We iterated through a series of tests over the course of 2 months that influenced the progression of our design decisions.

Early on, water became foundational to our kit’s components for interaction. Our team discovered a direct and organic connection between the materials we were testing and the properties of water interacting with light. We experimented with different light sources, layering orders, and shape filters in low-fidelity prototypes to better understand the interaction of our materials and lights. Changing filters and the order that they were placed in also piqued the curiosity of our team and users.

We moved away from utilizing water in our new concept, so we no longer saw the need for a bowl-shaped structure. Our new concept was a prism-like structure made with acrylic, free-moving strings with suspended film squares, and interchangeable filters on the top and bottom of the structure.

The selected method of prototyping the acrylic sheets was laser cutting. It provided clean edge lines and dimensional accuracy while mitigating the potential breakage of the material. For sizing, a CAD Model is created to ensure the components fit. The CAD file is easily exportable into a laser cutter file with the geometries pre-defined. The structural frame is created as one continuous border for a cleaner look. Frames for the filters are individual edge pieces with jigsaw puzzle connections to maximize the amount of material used.

The unpredictability of light interacting with other components creates multiple phenomena, such as reflecting different colors to create a therapeutic atmosphere. By making a structure to add experimental guidance, it promotes endless hours of play for any user. Our prototype has numerous future applications for open play, installations, and explorations.

‍Our current model is limited by material cost, as well as structural scale and stability. Due to the high cost of acrylic, and the size constraints of laser cutters, we were unable to create a large structure. Furthermore, the acrylic we used was 1/8th of an inch, which was hard to construct into a 3D model while keeping its structural integrity.

‍There are further opportunities to explore scale and integration of technology. Our prototype now is a small scale model, but there are opportunities to build similar structures in different environments with increased scale. For instance, an outdoor installation could make use of natural sunlight to create reflections, but be large enough for people to walk through and explore the filters and light effects more closely.

Integrating technology would give us more room to explore constant motion or the integration of digital interaction. For instance, we could use servo motors to create a constantly moving light source, or use Shape Memory Alloy to add organic motion into the filters. We could also explore hand recognition technology - users could use gestures to manipulate the movement or positioning of the structure and light source. 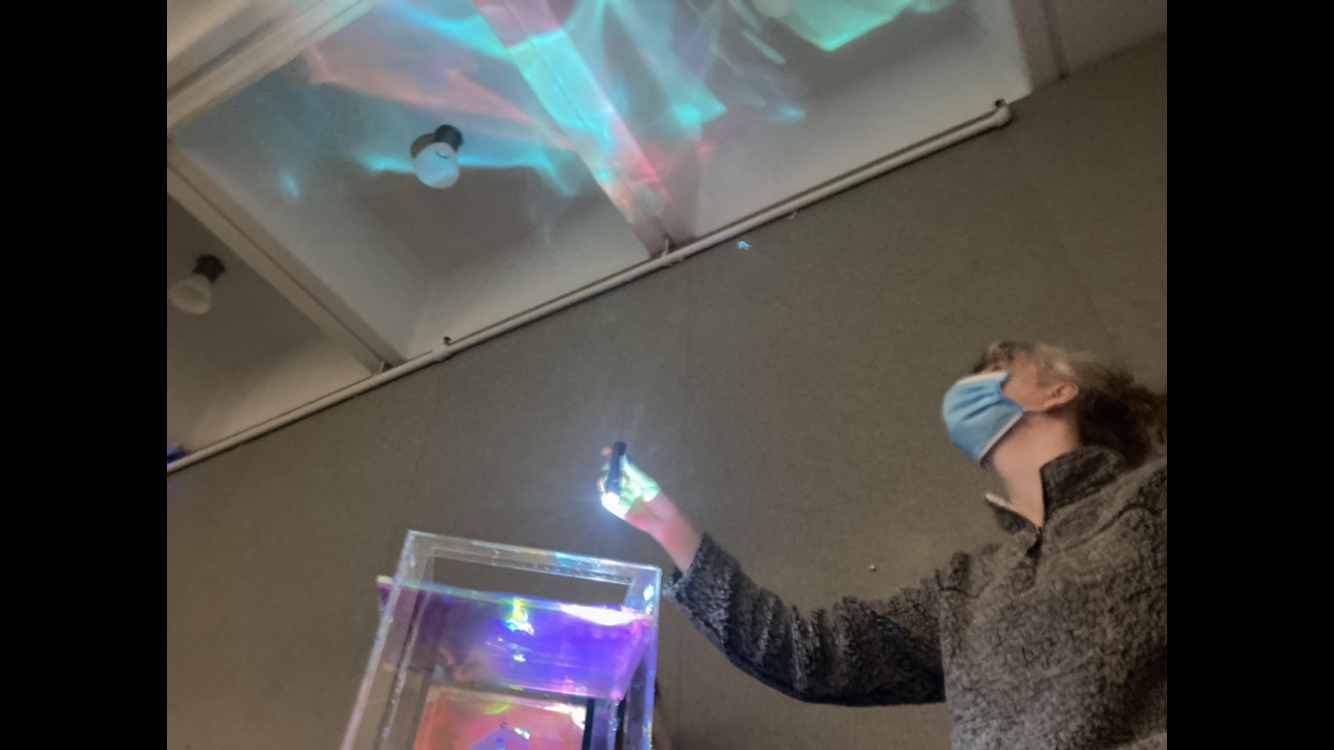 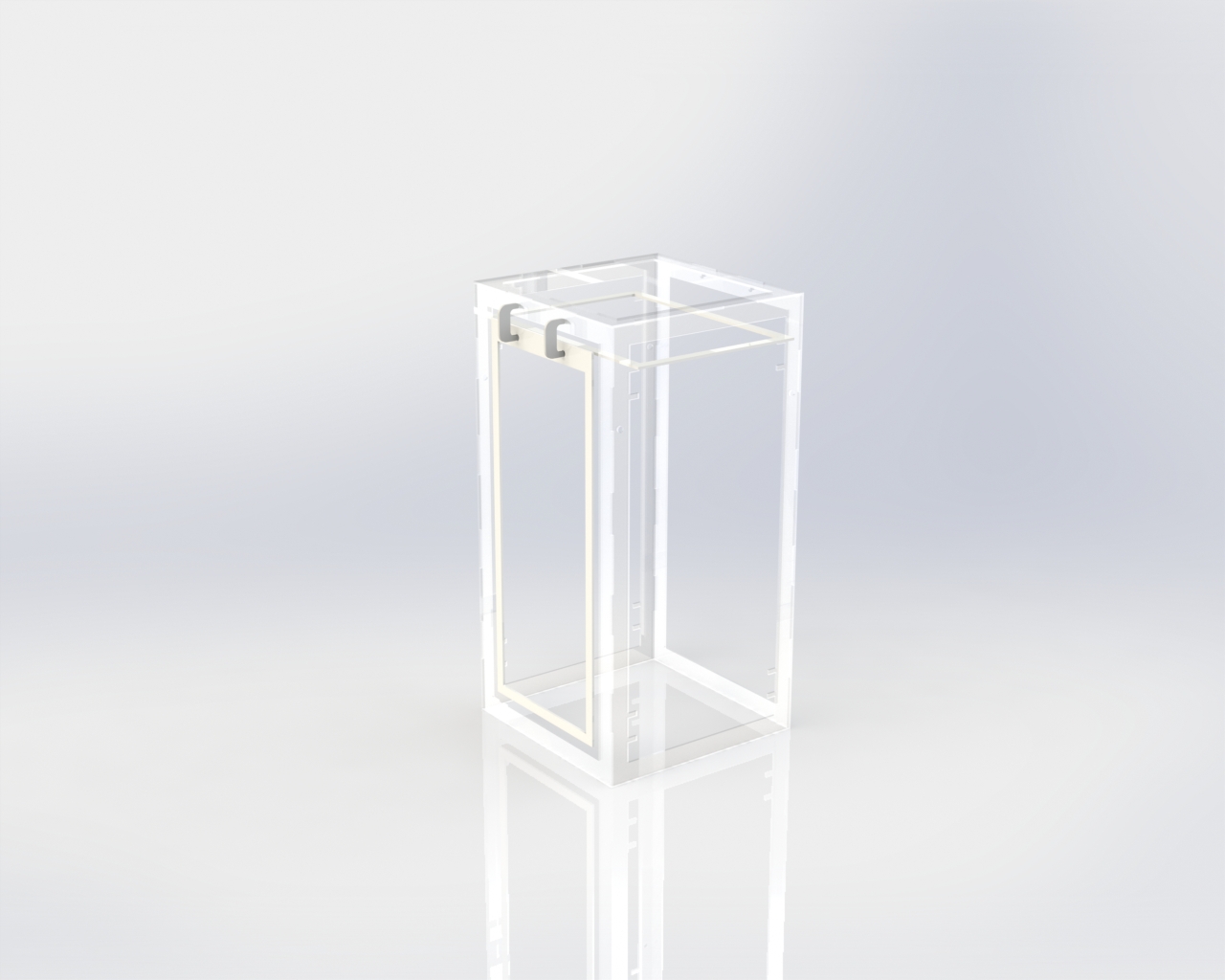 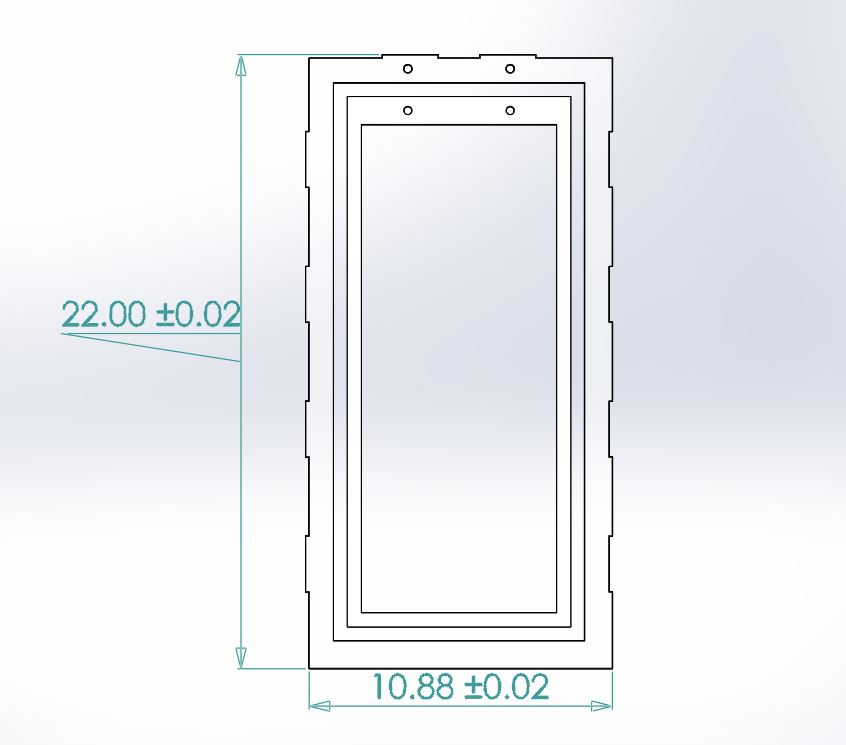 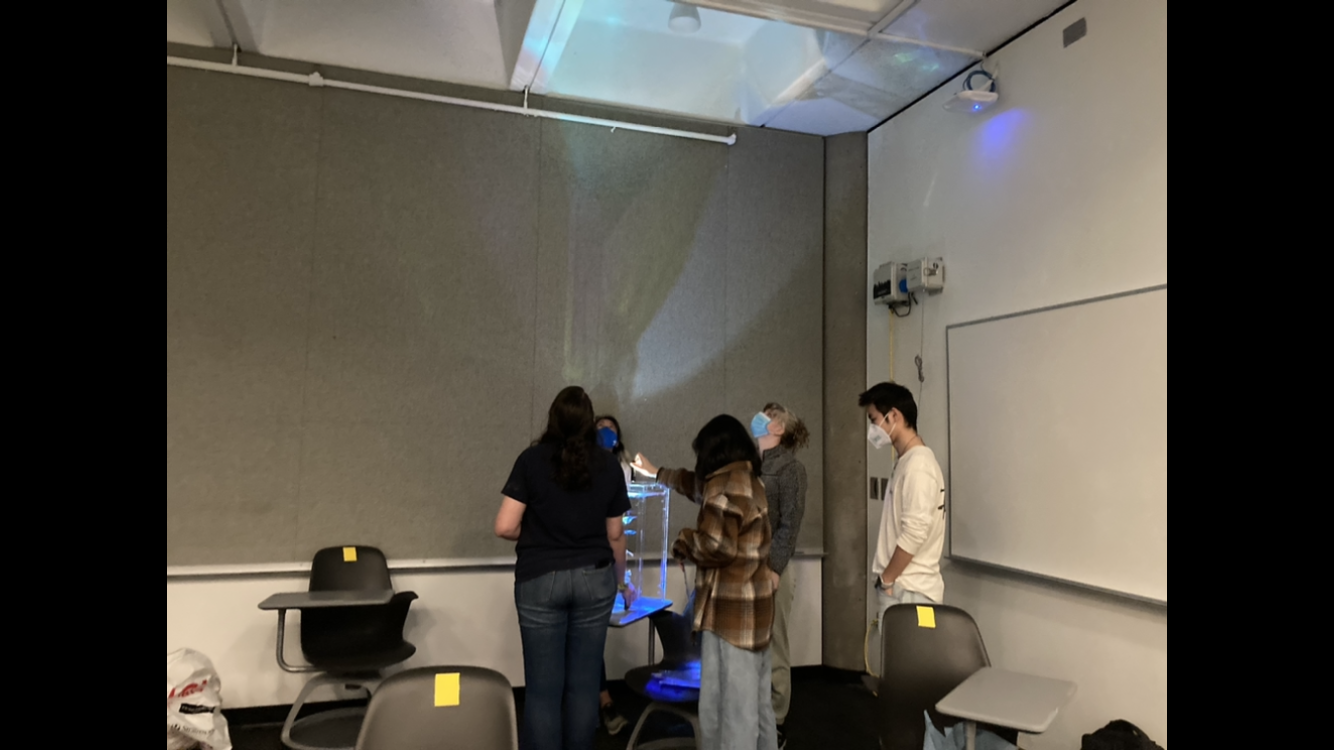 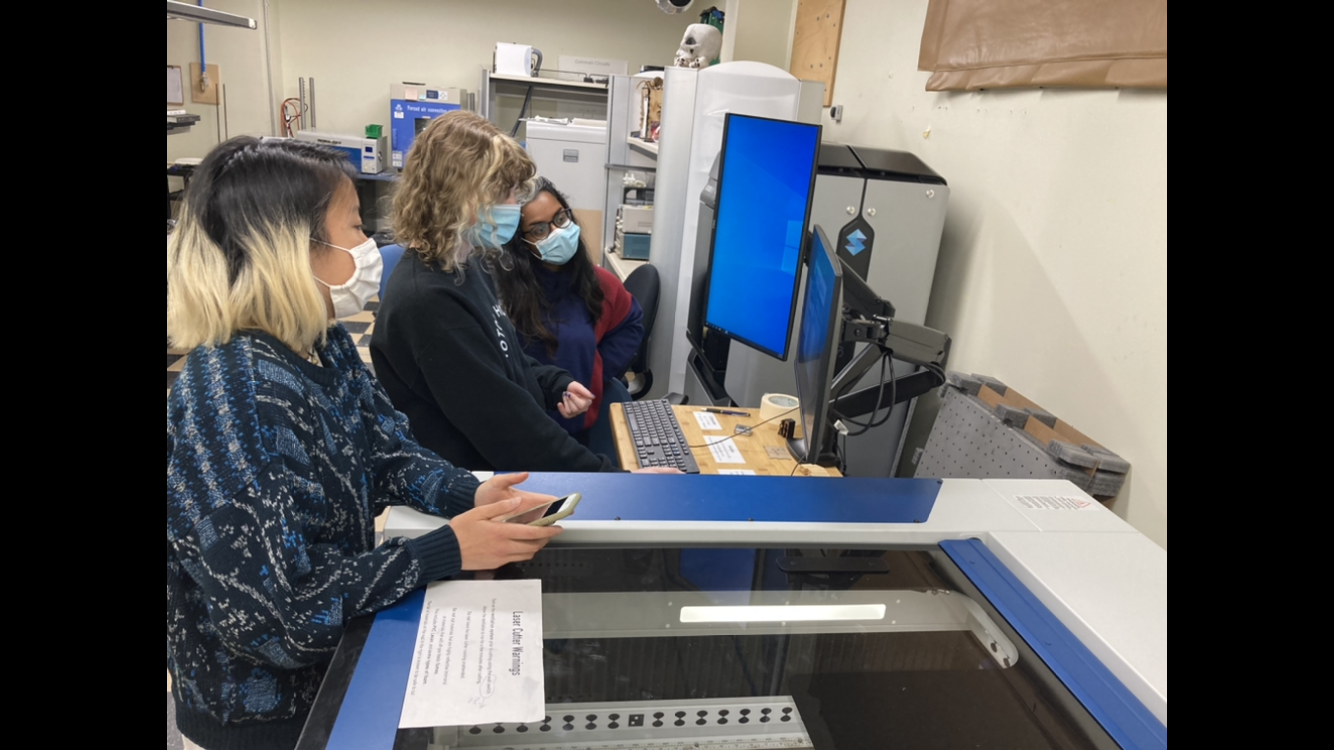