Welcome to DUAL.world, the experience of Life from the perspective of Austin Peete. This publication is an exploration of Life. Over the course of 3 years, I embarked upon a deliberate journey in practice, curiosity, and engagement to connect with my own unique experience. The start of my journey begins around 2017 and blends into the days during which we’re producing the DUAL.world mini zine, and acts as a preview for what is to come.

In collaboration with The Bakery, DUAL.world is a transmedia exhibit curated by and featuring multidisciplinary artist Austin Peete. The experience showcases original music, prints, and large-scale magazine style graphics of personal journal entries written between 2018-2021. The internal and interpersonal relationships of three friends, Austin, Ocean, and Omar, are examined through explorations of distinct physical geographies and cultures. Echoing the travels that Peete has made between the United States and Japan over the past few years, DUAL.world will weave a cross continental narrative around Black masculinity.

While the exhibition aims to explore expressions of Black men’s bodies from around the world, these bodies, captured by Peete’s lens, will not be on display for visual consumption or monetary exchange. Words, music, and narrative will fill this visual absence. The soundtrack will move in three phrases echoing transitions across space and growth across time. Peete hopes to communicate an evolving understanding of masculinity across time, how representations of identity morph, and how we construct identity in different social contexts.

"As an artist, writer, and musician, Austin is concerned with how America curates a presentation [of identity, of culture, etc] and pushes that out in to the world. As a computer programmer and UX designer, he is concerned with the tools which are used to shape and deliver this curated packages of culture. He has worked through these two modes of operating to define his own definitions between art and design.

“With design, we’re understanding other people’s realities and how they perceive them and then curating tools to help them, in some sense, cope or engage or interact with that environment so that they can then communicate with that environment and other people. With art, the way I perceive art, is it’s me understanding my own reality, and speaking to it so fully, authentically that I then create space for other people to be in conversation to start to form their own tools for engaging their reality.”

In many ways, DUAL.world is a project 10 years in the making with its origins spanning back to Austin's youth in Stockbridge where he took piano lessons, worked in a photo studio, and taught himself to dance by watching videos on YouTube. Details about his life emerged throughout our conversation. He talked about the heavy matriarchal energy in his family, his Cherokee heritage, and how “Oklahoma is a weird, floating, liminal space” that he returns to between his travels. He tells me how he learned to sew in high school by making bow ties inspired by his father. He weaves together the many threads that form to shape our lives, almost forgetting to tell me about his gastrectomy surgery which reshaped his life."

Over 6 months, the DUAL.world photography, design prints, music compilations, and zine were paired as an audio and visual experience of my artwork to paint a cohesive picture of my lived experience. This is my attempt to bridge context. Through these stories, I speak to the triumphs, dangers, and challenges of a person, and a body under the immense pressures that seem to occur in this life both naturally and of human volition, specifically after a life-changing operation.

Applying to The Bakery's open call

2. Initiate a crowdfunding campaign to build a new experience.

3. Design a VR version of the exhibit in Mozilla Hubs. 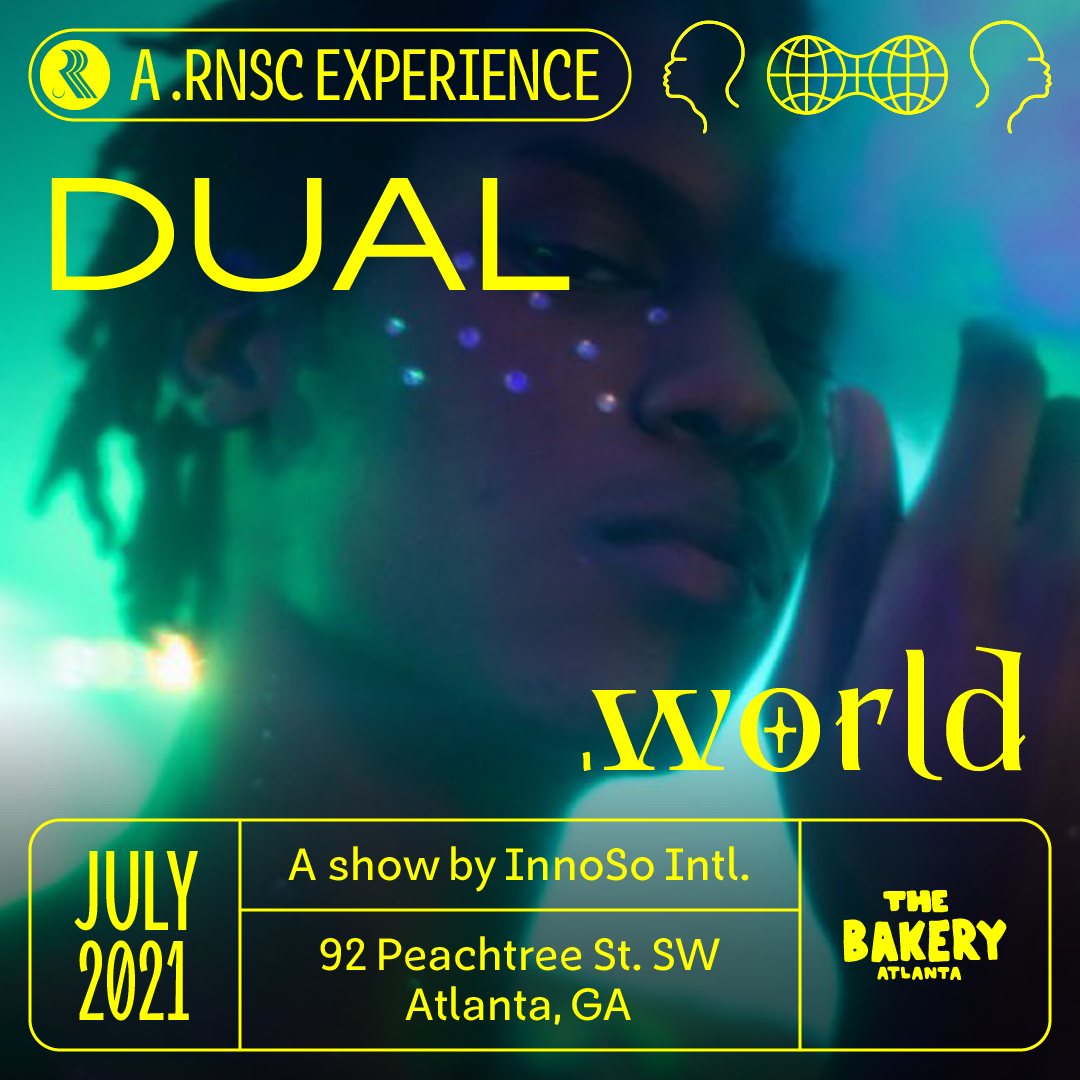 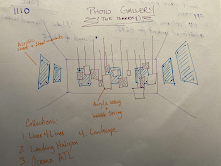 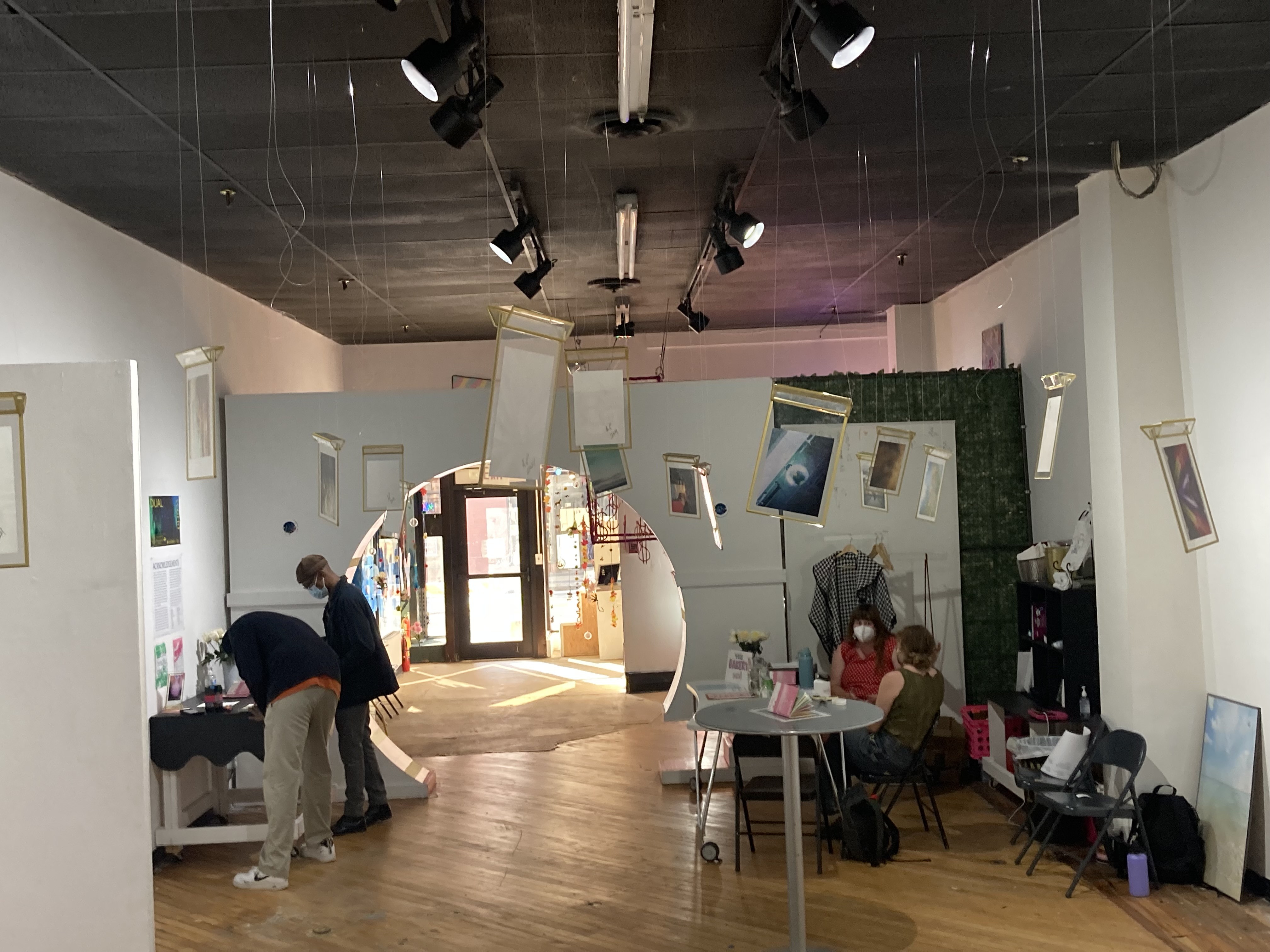 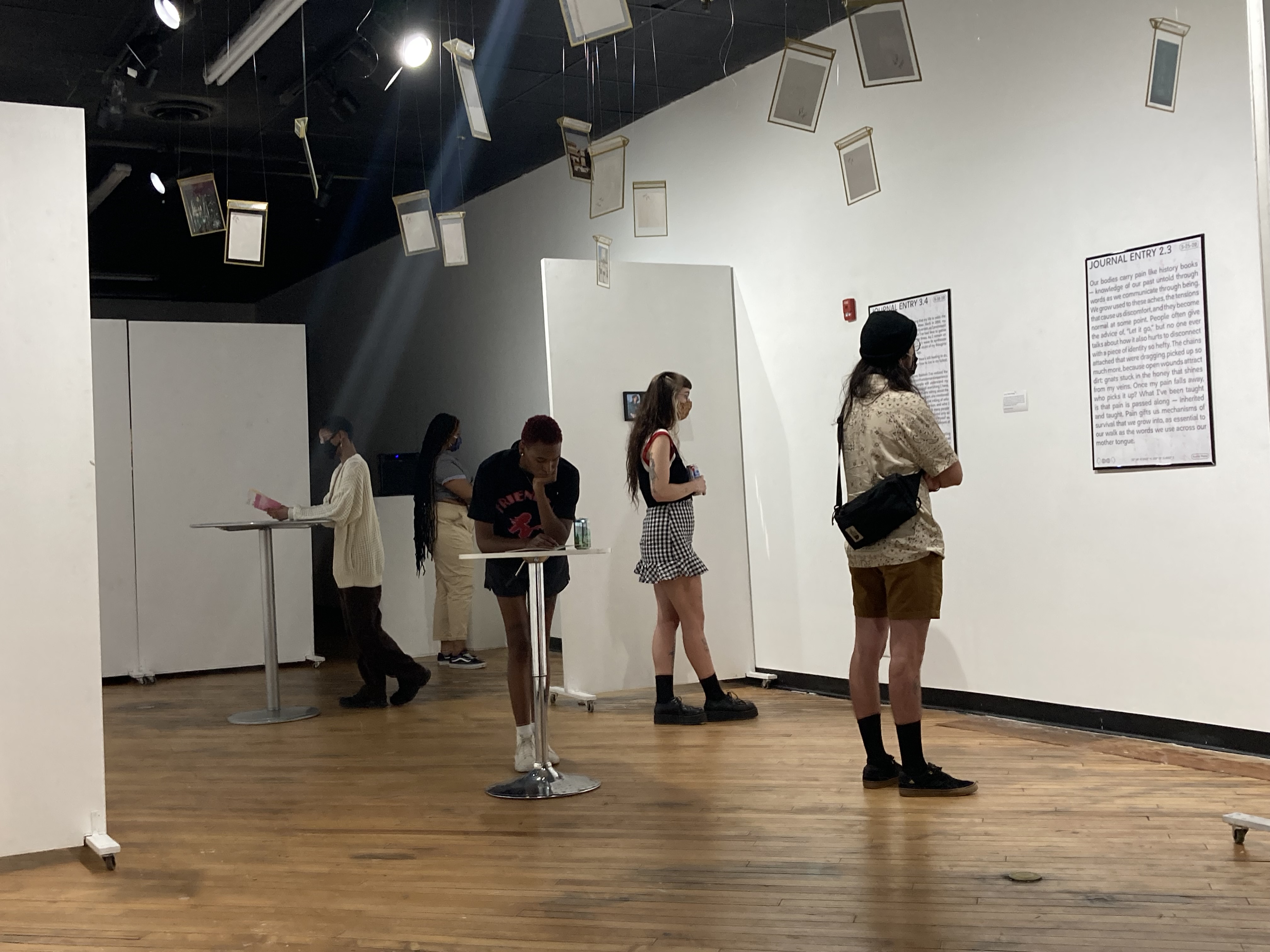 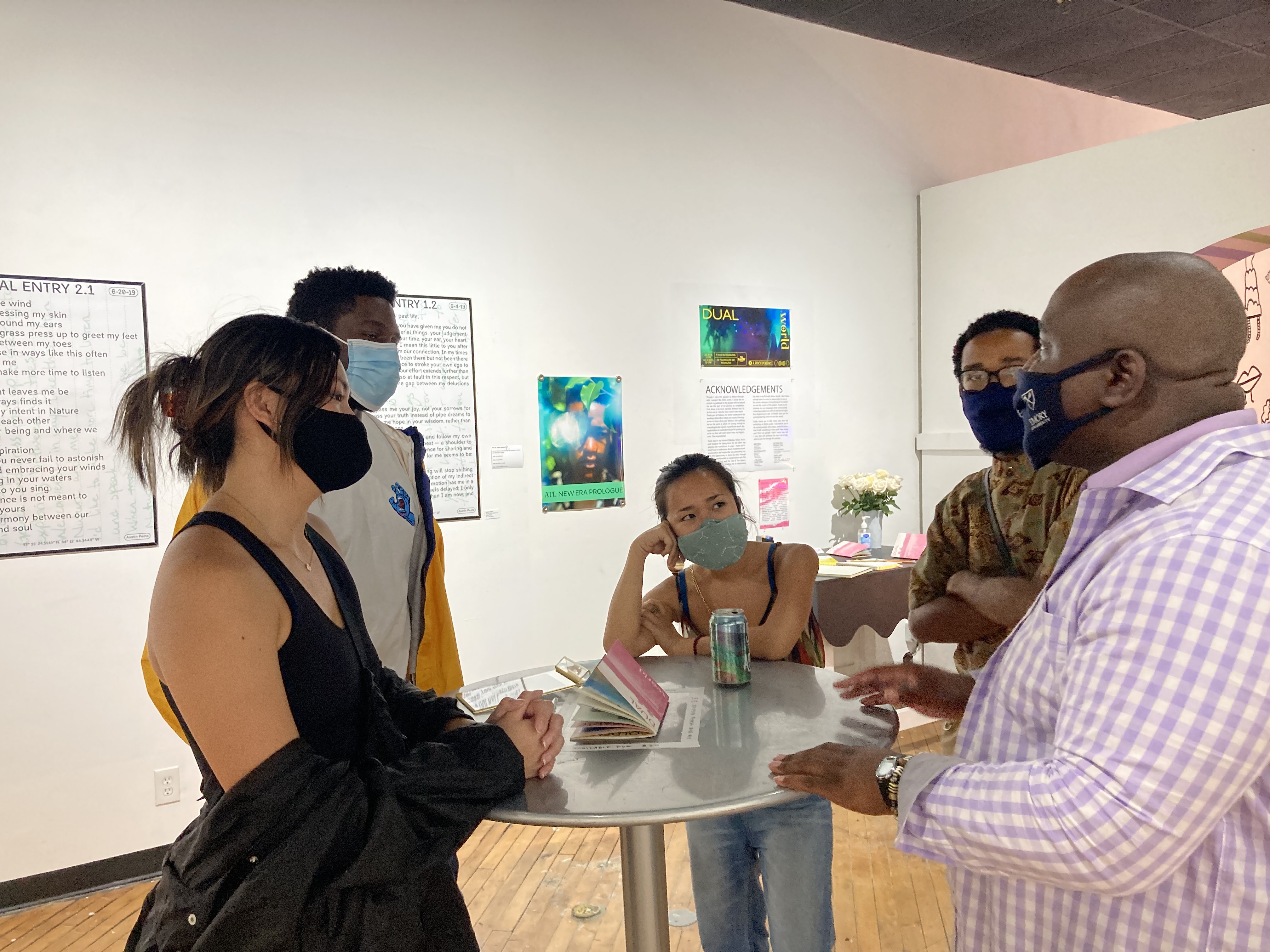 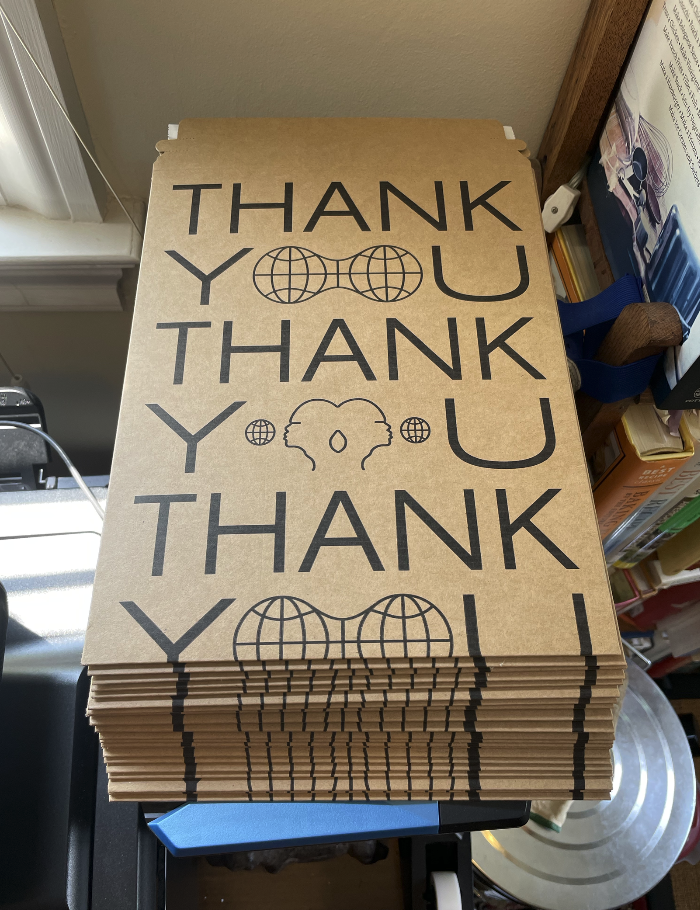 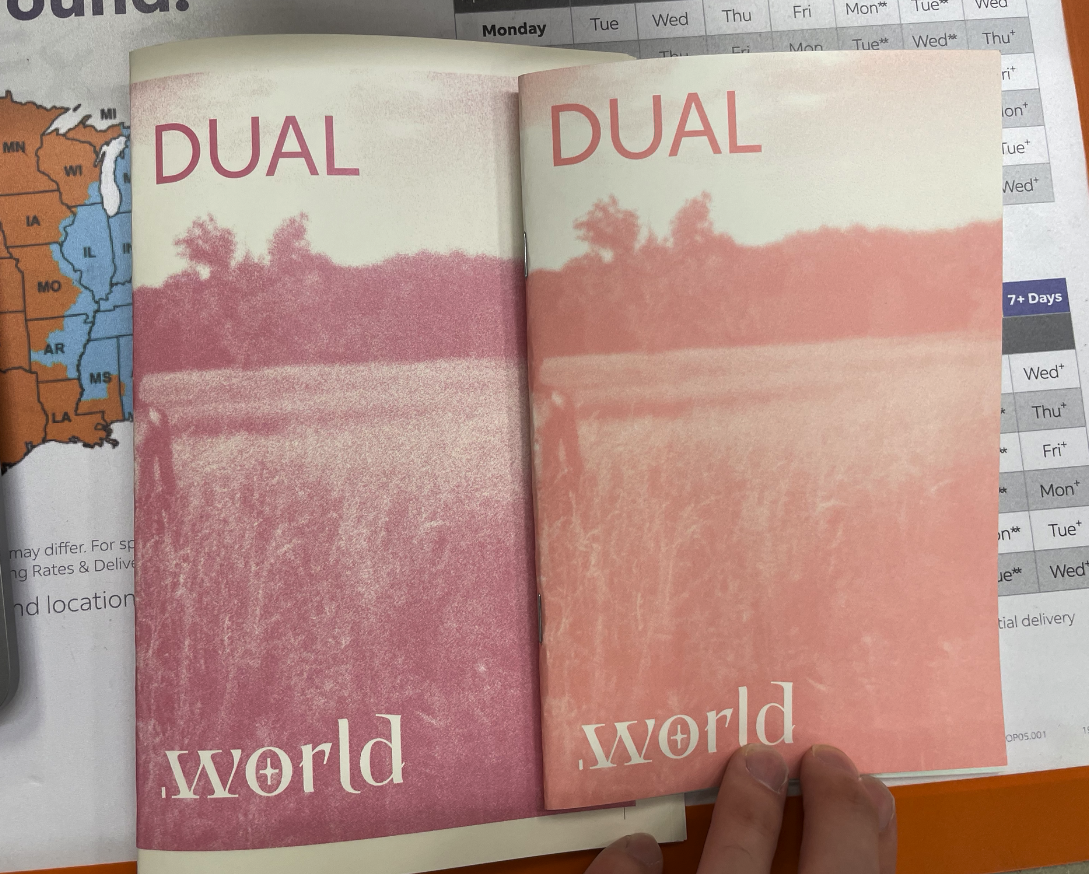